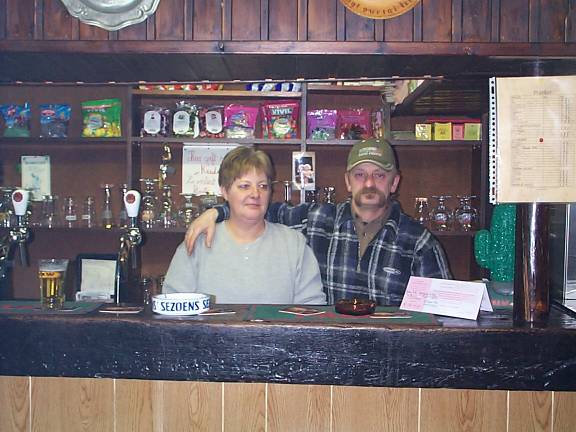 Radio Milo was a small and rustic but important player on making radio.  About 20 years radio Milo had a broadband licence on the FM band, the latest frequency was 103.1.  Just like other radiostations, Radio milo has been eliminated cause a new frequentie plan from the belgian government on the 26th of may 2004. The only opportunity to survive was to switch to the newest broadcast techniques, webradio.  Webradio did start on december the 17th 2009.  Radio Milo had a statute of organisation without profits.  They were trying to survive by receipts of the pub and events.  The studio's of the station Radio Milo were accommodated with a pub so visitors could admire the live broadcasts.  Rosette and eric (photo) did run the pub.  With some regret Radio Milo had stop to exsist on octobre the1st 2012.